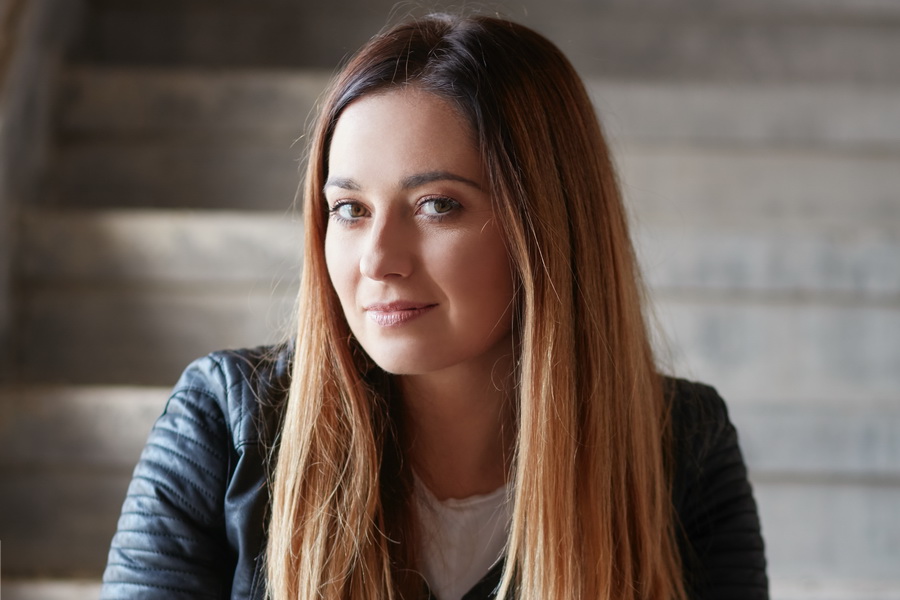 “Whenever I think of my family home, of my childhood, the first thing that comes to my mind is the music. She was always present with us and filled our house. Music united us … From every room to another you could hear the sound of the violin, piano, saxophone, and finally a deep, alto singing and those crazy, odd rhythms of Balkan tunes played by my dad …
With time, I began to understand that this diversity is wealth, my patrimony. Thanks to it I know that music can not be closed in the notes and bars, because then she would die … And now music plays all the time on earth and in heaven. She resounds with the New Song. I thank God for it.”

Gabriela Gąsior (Rudawska) – is a Polish singer, songwriter and gospel choirs director born in 1986 in Przemysl, Poland. Her musical path started at the side of her parents as a six year old soloist in the folklore band. Thanks to their travels across the Europe and her education in the School of Music she realized that her future is bound closely with the music. During the twelve years of her education at the National School of Music in Przemysl she began singing and creating her own music and lyrics. This passion began to develop in 2000 when Gabriela started her great adventure with gospel music.

First as a choir singer and then as a soloist and the conductor of Przemysl Gospel Choir she has performed in Poland, Germany and Denmark alongside with artists such as Ewa Uryga, Marek Bałata, Grazyna Łobaszewska, Ruth Waldron, Junior Robinson, David Daniel, and many others. She took part in numerous workshops related to gospel music. With time, she discovered her great passion and vocation to create and singing gospel. In 2003, she won the Grand Prize and Special Prize for the “special sensitivity performances” during the 2nd Opole Gospel Festival in Opole. In 2005 she graduated with honors from the School of Music in saxophone class and then she was admitted to the class of jazz singing in the Department of Jazz and Music Academy in Katowice. That was then when Gabriela discovered her new fascinations in the direction of jazz and improvisation, as well as singing with the Big Bands. This resulted in her participation in the recordings of the Nikola Kołodziejczyk Chord Nation. During this time she also started playing solo concerts as well as with her team called Holy Noiz. Gabriela has graduated from the Academy of Music with honors in 2010.

As a gospel soloist she was invited to record an album with the black gospel choir of London called The People’s Christian Fellowship Choir (2006). In 2008, as a guest along with Poznan Gospel Joy Choir she recorded “To On” album, released later on DVD. She has also appeared on National Festival of Polish Song in Opole performing a song from the Czesław Niemen repertoire called “Obok Nas”. She has also appeared in the Norris Garner’s project “God Created” in 2015.

Currently, Gabriela focuses on the two individual projects: Gabriela Gąsior and Holy Noiz and GGDuo, which she co-creates with her husband Wojciech Gąsior. In September 2012 they had released two singles called “Zakochałam się” and “UkoHanna”.